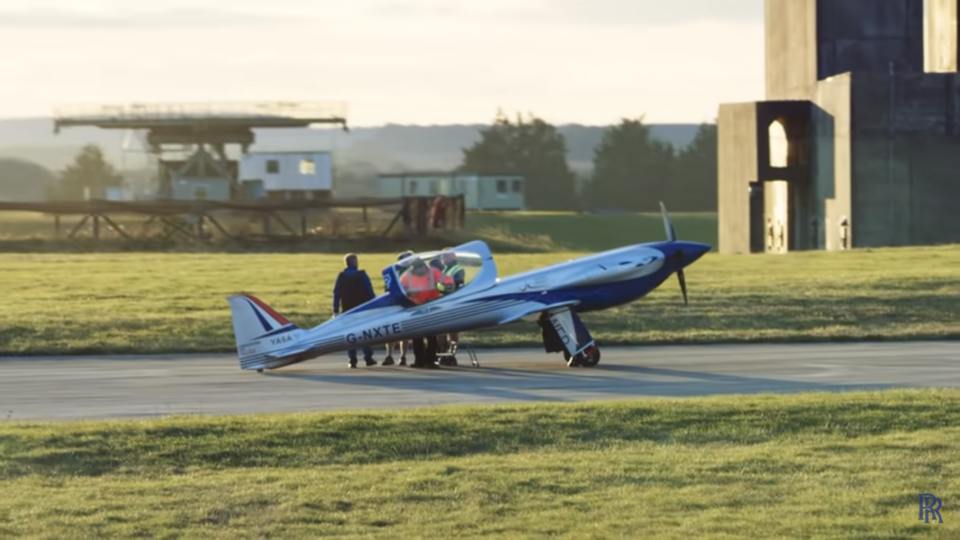 Spirit of Innovation, an all-electric Rolls-Royce aircraft, has been officially designated the world’s fastest all-electric vehicle, with a top speed of 555.9 km/h over three kilometers. It surpassed the previous record of 213.04 km/h achieved in 2017 by the Siemens eAircraft powered Extra 330 LE Aerobatic plane.

The Rolls-Royce aircraft reached a top speed of 623 km/h during its record-breaking runs, making it the world’s fastest all-electric vehicle. The Fédération Aéronautique Internationale (FAI) — the World Air Sports Federation – has officially verified the freshly set world records. The agency is in charge of maintaining and certifying the world’s aviation and astronautical records.

The electric aircraft was driven on its record-breaking runs by a 400kW electric motor capable of producing more than 500 horsepower and the most power-dense propulsion battery pack ever. Phill O’Dell, a test pilot and Director of Flight Operations at Rolls-Royce, set the record flight attempt. “Setting a new world record for all-electric flight is a huge accomplishment. “This is the pinnacle of my career and a tremendous accomplishment for the entire team,” he remarked.

Rolls-Royce collaborated with aviation energy storage expert Electroflight and automotive powertrain provider YASA on the record attempts. The sophisticated battery and propulsion technology developed for this initiative, according to Rolls-Royce, has applications in the Advanced Air Mobility sector. “This is yet another step toward making ‘jet zero’ a reality,” said Warren East, CEO of Rolls-Royce. “It also supports our goals to provide the technology breakthroughs society requires to decarbonize transportation across air, land, and sea.”

The Spirit of Innovation aircraft was developed as part of Rolls-ACCEL Royce’s (Accelerating the Electrification of Flight) project. The Aerospace Technology Institute (ATI), in collaboration with the Department for Business, Energy & Industrial Strategy and Innovate UK, is funding half of the research.