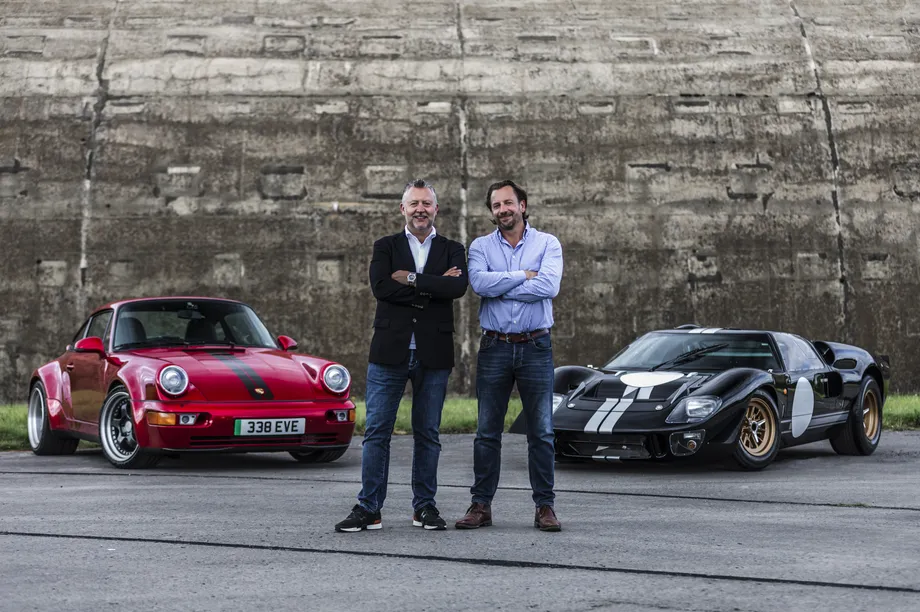 Justin Lunny, CEO of Everrati, an EV conversion firm located in the United Kingdom, sees his job as more than merely retrofitting historic vehicles like the VW Microbus with an electric drivetrain. In an interview with him, “Our approach is about reimagining the cars.” “We reclassify them as an electric vehicle.” Lunny is bringing its concept to the United States after two years in operation in the aim of tapping into a developing EV conversion market.

The cars’ structural integrity is not compromised throughout the conversion process: “To the untrained eye, they appear to be a magnificent, original Porsche, GT40, or Land Rover… faithful to the essence of the original, but without any emissions,” Lunny says.

To maintain value, all conversions are reversible. A modified 1991 Porsche, for example, can be unbolted and retuned to its original state. Even while Lunny doesn’t expect any customers to reverse their automobiles back to running on gas, the knowledge that they can was crucial. “No one will ever do it,” Lunny remarked, “but it’s a good thing to show.”

Lunny has built and sold financial technology startups in the past. “Cars and technology, on the other hand, are my loves,” he explained. As a result, Everrati is primarily self-funded, though it does have some investors. Everrati is seeing 45 percent of client interest from the United States, according to Lunny, which is a market where the firm has not previously promoted.

In addition to New York and Long Island, the initial orders in the United States are coming from high-income cities in California and Florida. Everrati’s customers are all wealthy tech and auto fanatics, with the first buyer in the United States being a “tech millionaire,” according to Lunny, who declined to reveal the customer’s name. “High net-worth, type of thought leaders, really; they believe in sustainability, but they’ve got flair,” he added of Everrati’s major clientele.

“If you look at the Prius generation and the early Tesla generation… I see it [as] this kind of feel for what we’re doing now,” Lunny said. Tesla began by selling the original Roadster to wealthy customers, then utilised the proceeds to develop more inexpensive vehicles. When it comes to Everrati’s next round of fundraising in the United States, Lunny anticipates a similar path: “While I am not going to be the next Elon Musk, I believe that… these magnificent automobiles should be allowed to continue to be driven.”

Everrati is a young company that is rapidly expanding. The company now has 19 employees, including two new hires in the last several weeks. Everrati attracted engineers from leading manufacturers such as Lotus, McClaren, and a Mercedes-Benz business partner to attain “OEM high-quality standards” of engineering. Amit Chandarana, vice president and head of commercial for Gettacar, an online used car retailer, was recently hired as a senior advisor for the company’s US operations.

Everrati selects selected vehicles and begins the conversion process. When all of the engineering and tooling is finished, the new electric automobiles will be offered to order as a “customizable project” through the online configurator.

Customers can either bring their own Porsche 964 or Everrati will go out and find one and convert it using the technology it has previously developed. However, completing a single job can take a long time. The conversion of a Land Rover, for example, took 18 months from development to completion. Everything works as it should, including the speedometer and shifters, which operate precisely as they would in a gas car.

“If 15 customers want a Land Rover, for example, we know we can construct them to the same standard every time, rather than 20 cars arriving at different times,” Lunny explained. “In a way, we industrialise the process.”

Everrati’s deliberate approach, according to Lunny, is what sets the brand apart from the competitors. “Dare I say, we’re one-of-a-kind in that regard,” he remarked. “A lot of other firms will take your automobile in one day and return it three months later. There’s no testing, no security requirements… it’s a completely new market.”

Converting ancient gas automobiles to electric vehicles appears to be a small but rapidly developing sector. Companies such as Zelectric and EV West are already well-established in the United States and have been converting automobiles for several years. Zelectric, for an instance, began by cramming Tesla donor parts into vintage automobiles. Ford is getting into the game as well, retailing Mustang Mach-E motors as drop-in crate motors. Lunny says Ford’s engines are definitely good for massive American muscle cars, but he doesn’t think Everrati will use them.

Lunny agrees that the automobiles they work on are iconic and wonderful, but that they are also detrimental to the environment. “Every several thousand kilometers, these cars produce their own body weight in CO2,” he remarked. “As we go toward clean energy and clean air, I believe a lot of people will be uncomfortable with it.”

An Everrati conversion vehicle starts at roughly $200,000, however most cars sell for around $500,000. Because some clients are bringing in their own classic cars, some of which are worth more than $1 million, the price will rise even more. The long-term ambition is for Everrati to become an iconic EV brand, according to Lunny.

“Let’s start at the top.” “The essential thing is going to be about quality — it’s about luxury, it’s about beautifully crafted almost Concord-standard cars,” he added. “Of course, as we expand that market share, we may aim to do a wider addressable market as technology and cost allow us to accomplish.”

The batteries are the company’s most costly item. Lunny revealed that Everrati has a partner company that creates packs based on Everrati’s design and specifications, with cells largely from Envision in China and some from LG. Everrati is developing 700-volt, 60-kWh liquid-cooled battery packs that can DC rapid charge at up to 80 kW using CCS Combo. According to Lunny, charging from 20% to 85% can take 45 minutes.

The GT40 is Everrati’s “home-grown EV supercar,” developed in collaboration with Superformance, and is the company’s first foray into the US market. “Our next investment round is to strengthen our leadership in the UK, we’ve had some great interest in the UK… and have a production base in California,” says the company, adding that the product will be ready for purchase early next year.

However, there are some vehicles that even Everrati will not touch. A Porsche 959 with only 700 kilometers on the odometer, for example.

“We gently denied because we don’t believe that’s the correct thing to do,” Lunny said of the customer who sought the conversion.

Editor’s note: This article originally appeared on The Verge.

UK based start-up ZipCharge has launched a new portable charger for EVs at the Cop26 climate summit in Glasgow.

It isn’t a Ford or a Chevy that makes the most American EV. It’s a Tesla.

This Rolls-Royce’s “Spirit of Innovation” is the world’s fastest E-Plane, reaching 555.9...