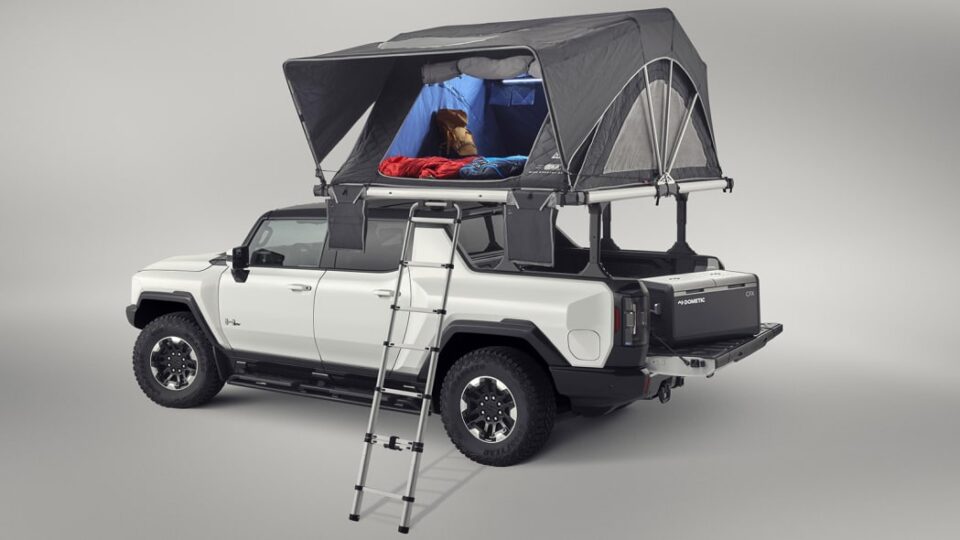 In recent years, we’ve seen a slew of new electric vehicles, but nearly all of them have been sedans or SUVs. The F-150 Lightning and the GMC Hummer, for example, are both expected to launch in the next year or two. The Ram 1500 will be electric as well, although it won’t be available until 2024 at the earliest.

GMC teased another electric truck a few months ago, according to The Drive, and it will be introduced shortly after the Hummer. Surprisingly, no one appears to be aware of any specifics concerning the new pickup. Will it be a more typical offering, like the electric Silverado 1500, or will it have multiple body types like the Hummer EV?

GMC’s Hummer EV is based on a previous Hummer model

For the 1992 model year, a civilian Hummer variant based on the popular military vehicle was introduced. All three models were available with powerful diesel engines and improved off-roading capabilities that rivalled Jeeps. According to Investopedia, GM’s poor fuel economy earned company a lot of flak from environmental groups.

It was eventually discontinued because GM was unable to sell the vehicle’s nameplate to a Chinese manufacturer. Along with the Saab and Saturn brands, the Hummer was one among the casualties of GM’s bankruptcy declaration in 2009. Both were resold to other automakers, but a few years later, they went bankrupt.

As off-roading vehicles became increasingly popular, GM saw an opportunity to bring the Hummer back to life with a new drivetrain. A pickup truck and an SUV are in the works, but the latter will not be available until the 2024 model year. The truck that will be offered at launch will have three motors with a combined output of 1000 horsepower and 1,100 pound-feet of torque.

The Hummer EV, according to GM, can hit 60 mph in three seconds and has a range of 350 miles. The Hummer EV has a crab-walking mode, retractable doors and roof, and air suspension as an option. It will be compatible with quick charging, with DC chargers capable of providing 100 miles of range in just 10 minutes. GM’s semi-autonomous driving software, SuperCruise will be standard.

It will be compatible with quick charging, with DC chargers capable of providing 100 miles of range in just 10 minutes. GM’s semi-autonomous driving software, SuperCruise, will come standard.

According to The Drive, the new truck EV will be equipped with the same technology as the Hummer EV, including its amazing mechanical specifications. GM also declined to reveal where the electric vehicle would be constructed, stating only that it is “quite far along in the development phase.”

The new truck, according to Car & Driver, will be less priced and offer a wider range of options than the Hummer EV. It might be a lighter version of the electric Silverado, which has a range of up to 400 miles and is another e-truck candidate. Many of the features are also unknown, but premium models are expected to produce 1,000 horsepower.

According to Jalopnik, the yet-to-be-named truck is most likely a GMC Sierra EV. According to the site, it will most likely be the answer to the F-150 Lightning, with the base trim priced under $40,000. It’s a lot easier to swallow than the $80,000 required buyout for the Hummer EV, so it should be a hit with customers. The base Lightning pickup has a range of 230 miles, which is an easy benchmark to satisfy.

When will the Hummer EV be available for purchase?

Both the Silverado EV and GM’s mystery truck EV have yet to be given a release date. Many people expect the car to be released in 2024, but according to Green Car Reports, GM has lowered the time it takes to manufacture an electric vehicle to just 26 months.

Ather Energy unveils the next generation of public fast chargers, with EV charging free till 2021.

EV registrations are increasing in Delhi, according to officials.

Before 2022, Rivian will deliver over 1,000 production R1T EV trucks as Pre-orders are booming.

It’s Illegal to sell Cyber Truck without side mirrors for Tesla. But, Is it legal to drive without them for you?

A video of a Rivian electric ute has gone viral