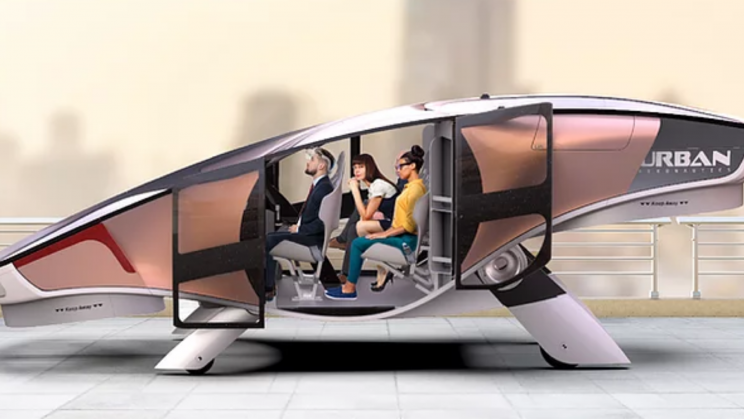 Where their competitors can land one plane, Urban Aeronautics can land four, as CEO Nimrod Golan-Yanay stated earlier this year. This will not only allow the corporation to transport more people in a smaller space, but it will also result in increased revenue from the infrastructure. Only a few VTOL operators will be able to park their planes on city rooftops and streets, something Urban Aeronautics is eager to do, subject to laws.

Because of the company’s design choice, there are no external moving elements that can gather ice or increase risks during urban flying, such as collisions with power wires. However, instead of looking at battery-based electric propulsion, the company’s largest jump is experimenting with hydrogen fuel cells. It has partnered with HyPoint of California, which will store hydrogen in carbon fibre cylinders on the vehicle. When compared to electric batteries, Urban Aeronautics believes that by adopting this technology, their propulsion system will have a 20x energy density.

The lift of the flying automobile is provided by fully enclosed counter-rotating ducted fans located in both the rear and front of the vehicle. After years of development, the business introduced a sleeker exterior this year that can reach speeds of 150 mph (241 kph) and has a range of roughly 100 miles (160 km). According to the corporation, the project noise levels are still 78 dB, which is perfectly appropriate for city boundaries. The business has completed technology demos in which the car flew at low elevations of 49 feet utilising helicopter engines (15 m).

While the business hopes to launch its new version in early 2022, it is now working on a head-up main flight display to replace Elbit Systems’ EVS 4000 enhanced vision system on the technology demonstrator. The company has yet to share details about the avionics that will function with 360-degree sensors.

The company is also considering launching a turbine-based variant to convey goods and emergency medical transport, for which pre-orders have already been placed. Despite the fact that the firm is still investigating the infrastructural requirements for its operations, it expects Dubai will be an early adopter of its air taxi services.

This Rolls-Royce’s “Spirit of Innovation” is the world’s fastest E-Plane, reaching 555.9 kmph.