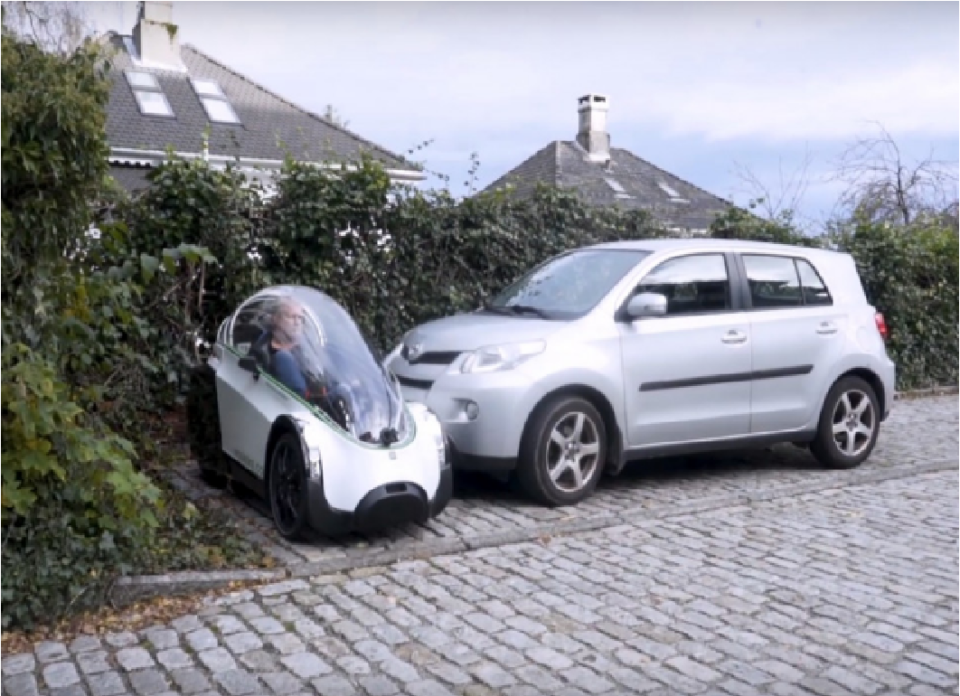 The Frikar is a single-person vehicle with specs similar to an e-bike, designed particularly for commuters. Podbike was created in 2016, and its four-wheeler has been in the works for a long. Podbike is releasing its covered electric four-wheeler for the first time.

It’s classified as an e-bike by Podbike. This is obviously incorrect in terms of the number of wheels, but it’s a clever way of emphasising that it’s a low-power electric car with motor assistance that stops at 25km/h.

This qualifies it as an electrically assisted pedal cycle, which eliminates the need for a driver’s licence, registration, or insurance.

The Frikar is 84 centimeters wide, which is the same as a regular bike trailer, so it may be used in bike lanes (although we can definitely envisage a scenario where this becomes a topic of debate out in the real world).

Of course, all of this adds weight, but the Frikar is so aerodynamic that Podbike claims it has the same drag as a race bike. The 877Wh battery is expected to last 50-80 kilometers, according to the company.

Despite the fact that it is primarily a one-person vehicle, there is adequate storage space behind the driver to accommodate a child’s seat.

The biggest advantage of the Frikar over a regular e-bike is that it is completely enclosed. It also incorporates crush zones and roll-over safety, and the four wheels and suspension provide stability and a smoother ride.

Podbike started five years ago and since then they have raised 25 million kroner.

The last year and the last months have offered many challenges and restrictions both on travel and access to components, which has led to delays in relation to the original launch plan. But the time has been used efficiently and in recent times the pieces have fallen into place, says CEO and co-founder, Anne-Lise Heggland, in a press release.

“The company, which humbly aims to change people’s preferences and behavior to relatively short journeys or journeys, has during 2021 raised more than NOK 25 million in new equity to finance the launch of its first product, Frikar.”

Not only have customers continued to show us great confidence, but we have also received confirmation from investors. The funds we have raised in 2021 are sufficient to finance the launch, start-up of production, and further development of the product and technology platform. The authorities, through Innovation Norway and Skattefunn, also deserve a thank you for their contribution, says Heggland.

As a result, it appears that the first electric bikes will be delivered to some of the 30,000 customers who pre-ordered the donation, which starts at roughly 50,000 kroner. As a result, the company has a backlog of roughly NOK 160 million in orders.

During October and November, we plan to introduce the product in Norway and Germany. According to Podbike’s marketing manager, Janet Usken, the launch will take place through events where loyal clients, some of whom have been waiting for years, will be able to test ride the Frikar model.

At the same time, the company announces its cooperation with Storck Bicycle, a German bicycle manufacturer.

The Frikar is priced from €4,995. You can order through the Podbike website.

Its faster than Tesla. Chinese Xpeng claims 124 miles in just 5 minutes of charging.

Moonbike: World’s First Electric Snowbike Is Getting Ready to Take on Winter Slopes

Is the UK on the verge of an e-cargo bike boom?