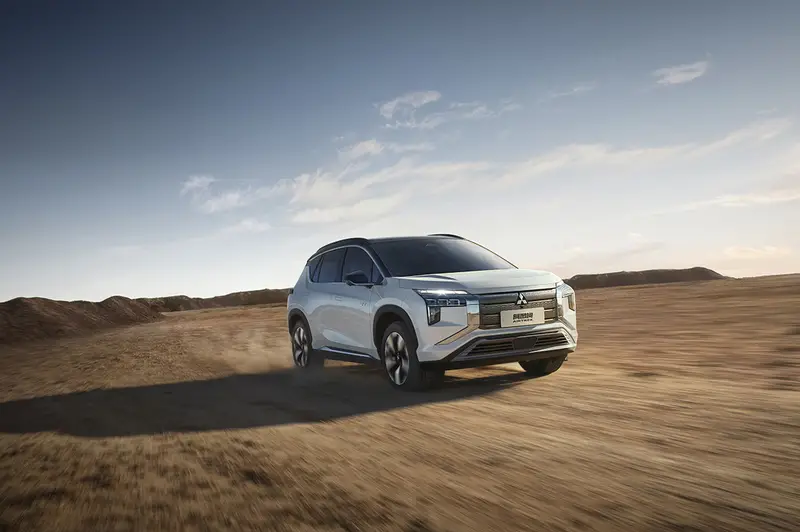 And what it has to offer isn’t bad at all.

Mitsubishi was one of the first manufacturers to introduce a plug-in hybrid SUV, but they were also one of the latest to introduce a fully electric car (EV). The Mitsubishi Airtrek, which made its global debut at the Guangzhou Auto Show in 2021, deserves a warm welcome.

Although the moniker Airtrek was previously used in the Japanese-market Outlander in the early 2000s, this new electric SUV bears no resemblance to the Outlander we’ve come to know. The Airtrek, in fact, was not wholly developed by Mitsubishi.

The Airtrek is the outcome of a joint venture between Mitsubishi and GAC Motor, a Chinese automaker. Foreign car brands frequently release vehicles built in collaboration with their joint venture partners in the Chinese automotive market, as is customary. In this example, the Mitsubishi Airtrek shares its bones with the GAC Motors’ Aion electric sub-Aion brand’s V.

The sheet metal of the Mitsubishi Airtrek and Aion V shares the same distinctive side profile design and pop-out door handles, indicating that the two EVs are related. Aside from that, Mitsubishi distinguishes the Airtrek from the Aion V with a dynamic shield front fascia, boomerang-shaped LED head and taillights, unique front and rear bumpers, and more chrome on the sides than the Aion. The Airtrek can be ordered with a contrasting black roof, which is not available on the Aion V.

Mitsubishi designed the Airtrek’s interior with a horizontal dash and an abundance of soft cushioned materials for a premium feel. Because the design focuses on minimalism, there aren’t many buttons. The large wheelbase and wide dimensions of the Airtrek, according to Mitsubishi, provide exceptional inside space.

Mitsubishi also managed to include a slew of interesting features in the Airtrek. The augmented reality navigation feature uses digital gauges to display a camera feed of the road ahead, and then superimposes navigation directions as though they were printed out on the road. There’s also a 360-degree camera system, a huge touch screen infotainment system, and an air conditioning system with a CN95 interior filter.

The Mitsubishi Airtrek is driven by a single electric motor that produces 224 horsepower and 350 Nm (258 lb-ft) of torque and powers the front wheels. In a drag race, it won’t defeat a Tesla Model Y, but the stats are good enough for most people’s needs.

When completely charged, the Mitsubishi Airtrek’s 70 kWh battery pack can travel up to 520 kilometers (323 miles). The batteries are fitted flat into the construction for a low center of gravity because it rides on a custom EV platform.

“We named the new electric SUV Airtrek so that many consumers can enjoy adventurous, dynamic driving with this pure EV,” said Takao Kato, president, and chief executive officer of MMC. “We expect that the all-new Airtrek will broaden customers’ horizons in China, where environmental activities are accelerating with new energy vehicles, particularly electric vehicles.”

US: Tesla has Raised the Prices of all Base Models